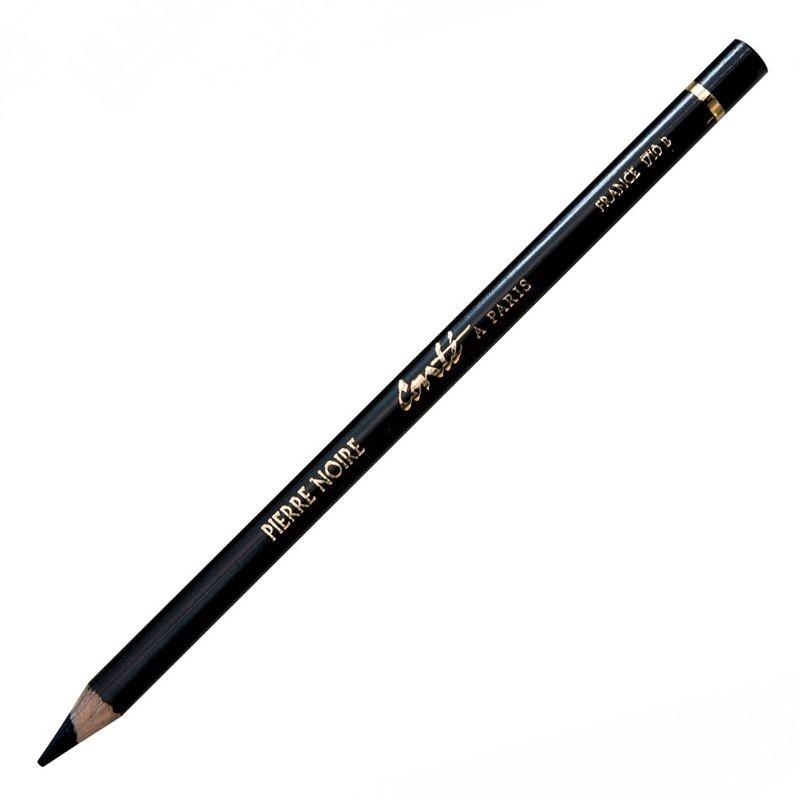 A range of traditional drawing and sketching pencils with a variety of exceptional leads. Pierre Noire pencils have a soft lead with a black that is dense, deep, indelible and matt. It is much appreciated for its use on all types of supports, including sketch pad, craft paper and linen canvas. All Conté pencils compliment the Conté Crayon perfectly and blend well with them.

The story of Conté à Paris products is closely linked to the personality of its creator, Nicolas Jacques Conté born in 1755. During the fifty years that he lived he was in fact, a painter, chemist, physicist, inventor and balloonist . The historical contribution of Nicolas Jacques Conté is indisputable.

He developed in 1794, modern graphite leads, which consists of a mixture of clay and graphite and finally enabled the varying scale of hardness. Thus the manufacture of pencils he created in 1795 allowed France to produce its own writing and drawing products. A few years later, he developed the "pencils without envelope" (naked leads) replacing those made of "stone of Italy". It worked to make its colours "fixed and unchanging" to meet the expectations of painters and art pencils and pastels for artists were born.

Over the decades, the quality of these products and line extensions have allowed the brand to become a reference for artists worldwide. Used by the great masters but also by amateur artists or students in Fine Arts, pencils and pastels by Conté à Paris offer the widest variety of techniques and possible effects for drawing, sketching and pastels.