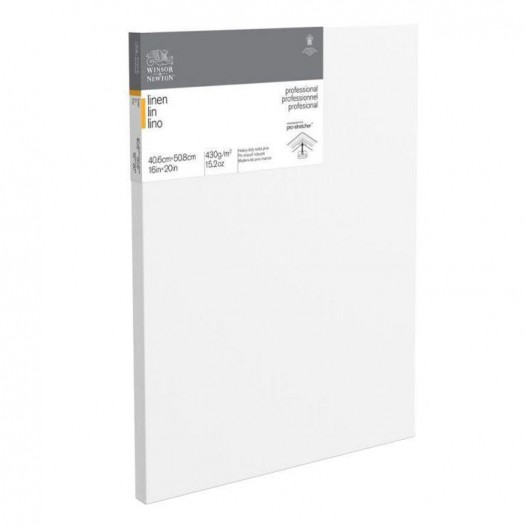 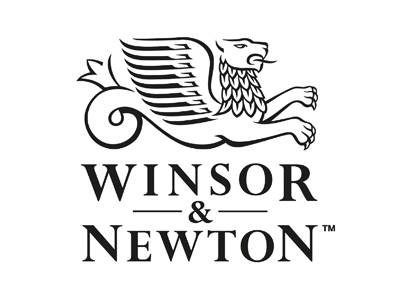 Ideal for all media and techniques, every Winsor & Newton Professional Linen Canvas has been treated with a coat of acid free and two coats of highly pigmented titanium dioxide primer. Made from 100% linen, this canvas provides excellent adhesion of colour, and has a balanced absorbency and tooth. This linen canvas is available in a wide range of sizes.

Winsor & Newton Professional linen canvases incorporate stretcher bars produced from heavy duty pine for greater strength and stability. These hand-stretched linen canvases are stapled on the reverse, allowing all four sides of the support to be painted. They also feature the unique new pro-stretcher device for ultimate control over the surface tension. Winsor & Newton linen canvas is known for quality, ease of use and affordability.

Traditionally manufactured from hemp, for its tough fibres, Canvas is now primarily produced from either linen or cotton. Cotton Canvas provides an inexpensive alternative to Linen Canvas which has finer strands, producing a highly intricate weave. Cotton Duck Canvas is most commonly used for painting with oil colour.

How do I choose a Canvas?

Canvas is graded according to weight and tightness of weave. Ranging from 1 to 12, a low number indicates a coarse grain, whereas the finest grains are represented by the highest numbers. Often, canvas is simply graded as “Coarse”, “Medium” and “Fine”.

Who are Winsor & Newton?

1/5
I bought two batches of winsor and newton canvas and both had faulty items. One had hair in the gesso which, when I managed to pick it out, was still visible. The other batch of fine cotton canvas had one that the gesso was pealing off and had stretcher bars that were splintered which meant the edges weren’t sharp. Later I noticed one of the other ones had one edge broken too. But after already asking for two replacements I thought I would look like I was taking the piss. So I’ve just taken the hit and chalked it up to experience. Suffice to say quality control at winsor and Newton is obviously seriously lacking. I’ve never experience that with any other brand of canvas. On another note, the gesso they use is terrible. I’m gutted that I’ve wasted so much time and effort on these canvasses.
Olha B.
29/05/2022

5/5
An excellent product which i use professionally for all my commission work. A good all round linen canvas.
Jessica B.
07/09/2021

5/5
I have used the smaller canvasses before and find them good to work on. Have not yet used the large one I ordered but am looking forward to it.
David P.
29/07/2021

5/5
The canvas is excellent quality absolutely love them they are not all baggy like some other brands i highly recommended these you can't go wrong
Sheila D.
21/07/2021

4/5
The quality of the linen and the make-up of the frame etc is good. The canvas weave is a little rough for me for a detailed Portrait, so I needed to do another couple of Gesso coats fo my purposes. A grading for the fineness or roughness of the surface would have been helpful and is the reason for four, rather than five stars.
Anonymous A.
13/11/2020

4/5
Have always been pleased with these Winsor and Newton products. Would recommend.
Anonymous A.
02/08/2019

4/5
These canvases, on appearance seem good but until I have used them, I’m not prepared to comment, but will be happy to do so once a I have painted on them. On appearance alone I will give 4 stars. Angela
Anonymous A.
25/04/2018